According to DR. SAHIL KADARI, CEO/CMD/Founder of Bitica coin Fzco Company, blockchain represents the future of the next generation and one of the best investment prospects of our time. He is still investigating the applications and development potential of blockchain technology. He has also received several honours, including the Nelson Mandela Award, Indian Iconic Business Award, and Indian Glory Award, to mention a few.

He also has the distinction of being India’s youngest PhD in Blockchain technology.

T10 League oF Abu Dhabi T10 is a Ten10 cricket league in the United Arab Emirates launched and owned by T Ten Sports Management. The league is approved by the Emirates Cricket Board. Matches are 10-overs-a-side and the duration of each match is approximately 90 minutes. The tournament is a double round-robin followed by Eliminators and the Final. The International Cricket Council (ICC) officially sanctioned the league in 2018.[1]

The league has seen significant year-on-year growth in viewership and economic value, with the 2021-2022 edition of the tournament having reached 342 million viewers through television and digital streaming compared to roughly 37 million viewers in the 2017 edition,[2]  and the league’s economic impact now valued at USD $621.2 million

The league was founded by Shaji Ul Mulk, the chairman of T10 League

The Abu Dhabi T10 is the world’s leading tournament for T10 cricket – the newest and fastest format of the sport. Two teams play 10 overs each for 90 minutes of pure entertainment. Since its launch in 2017, the tournament has garnered massive support from fans, players, and official bodies from across the world. It is the world’s only 10-over cricket tournament to be sanctioned by the International Cricket Council (ICC) and is licensed by the Emirates Cricket Board for ten years. A brainchild of billionaire businessman Nawab Shaji Ul Mulk, the tournament is growing from strength to strength with every passing year.

Bitica Coin (BDCC), created in 2018, it is based on Bitica Block Chain Smart Technology which is owned by Block Beats Company Registered in Dubai (the first country to legalise Cryptocurrency). Since then, numerous cryptocurrencies & tokens have been created. These are frequently called bit coins, as a blend of BDCC coin alternative. BDCC and its derivatives use decentralized control as opposed to centralized electronic money/central banking systems. The decentralized control is related to the use of bitcoin’s blockchain transaction database in the role of a distributed. At Bitica, we believe in financial freedom and economic independence, which is possible through BDCC coin. 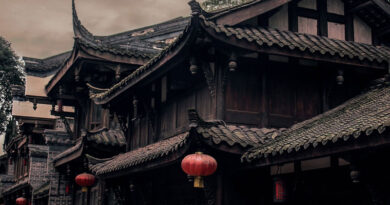 Updapt, a SaaS based ESG Solution Co., announced today that Mr. Erik Solheim, a Green Leader and Norwegian Diplomat, has