The tinsel town of Bollywood has always been fascinating, it seems very glamorous and exciting to almost everybody out there. But what we see, is it really the truth? Is it transparent? Is it the real BTS? Well, the glitz and glamour are only on the surface while the underbelly seems to have a dark and ugly side. And we are not the first to say so, many filmmakers have pictured this dark side of the showbiz on screen.

Here are some films and web series that depict this dark side of the business:

There has been a lot of buzz ever since the series has dropped. Helmed by Pushpdeep Bhardwaj and created by Mahesh Bhatt, the series stars Tahir Raj Bhasin, Amala Paul and Amrita Puri. It is set in the 70’s Bollywood and revolves around the lives of Shankar, Amna and Anju. Shankar, a fledgling maverick film director gets drawn into an extramarital affair with an eccentric superstar who changes his life forever; his marriage with his first love spirals as he is torn between two worlds. It unveils truths and undiscovered side of the show business which is unknown to the world. Watch this gripping and fulfilling glamour series only on Voot Select!

Helmed by Madhur Bhandarkar, the story revolves around Mahi Arora who has all the trappings of a Bollywood superstar-name, fame, and fortune. Unfortunately, she’s also a manic depressive and constantly courts a death wish. Will Mahi succumb to her weakness, or will she manage to stay afloat? The movie stars the queen of entertainment, Kareena Kapoor Khan and is a must watch!

Well, this movie needs no introduction! Almost everybody has watched this at least once in their life. The film revolves around Om, an aspiring actor, who is murdered in the 1970s, but is immediately reincarnated into the present day. He attempts to discover the mystery of his demise and find Shanti, the love of his previous life.

‘Kaamyaab’ is an ode to Bollywood, the larger-than-life movies and their actors, bizarre wigs, love, drama, friendship passion but most importantly, it is about one’s ability to realize their dreams even when the chips are down. Sudheer is an actor from the heyday of Bollywood. Years after his retirement, he realizes that he ‘retired’ on the verge of accomplishing a unique record. He decides to come out of his retirement to complete the round figure of 500. 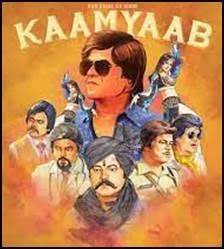 Directed by Madhur Bhandarkar, the film stars Konkona Sen Sharma, Atul Kulkarni and Tara Sharma as lead characters. It revolves around Journalist Madhvi Sharma whose first assignment is a popular entertainment column in a Mumbai newspaper. And, very suddenly, she’s everyone’s new best friend. Whether it’s a burned-out socialite addicted to the paparazzi, a flamboyant make-up artist or her own roommates everyone wants something from her. With little help from her editor, Madhvi struggles to navigate the world of the rich and famous. 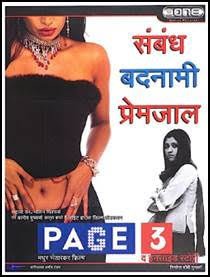 Grab some popcorn and watch these jaw-dropping films and web series right now!

Central Railways: “These” Trains To Be Cancelled, Diverted, Rescheduled

IPL 2022: MI Fail To Turn The Tides In Their Favour Against SRH

Diagnosing Dengue In Times Of COVID-19: A Doctor’s Guide