In Mumbai, despite a provision being allocated every year for the repair of roads in the budget session of Brihanmumbai Municipal Corporation (BMC), many people complain about the problems they face due to the potholes, especially during monsoons.

It is a known fact that monsoons in the city are prone to road accidents for multiple reasons: poor road sign visibility, waterlogging, dug-up roads, and potholes. However, there really hasn’t been any concrete solution for it.

Road Accidents due to potholes

These potholes, sometimes, are so huge that they result in several mishaps. In order to solve this issue and to provide quality roads to the locals, a large number of roads are being repaired by the municipal corporation.

The Ministry of Road Transport and Highways, in 2019, 400 deaths took place in over 1,100 (1,186) crashes in Maharashtra during rains. With the excessive flooding and the hindrance to visibility, the rains pose a severe risk to the safety of commuters on Mumbai’s roads. However, the monsoons were heavier than usual in 2021, with the effects of climate change and Cyclone Tauktae hitting Mumbai in May.

According to reported data from the Maharashtra Traffic Police, road crashes in Mumbai have increased by 15% between 2020 and 2021 (comparing data from January- to June).

If experts are to be believed, the cold-mix technique can also be used to fill in the gaps which are manufactured at the municipality’s Worli plant. As per demand, 3218 metric tonnes of cold-mix have been distributed in all 24 wards in 2021. In this, 12,074 bags were distributed. 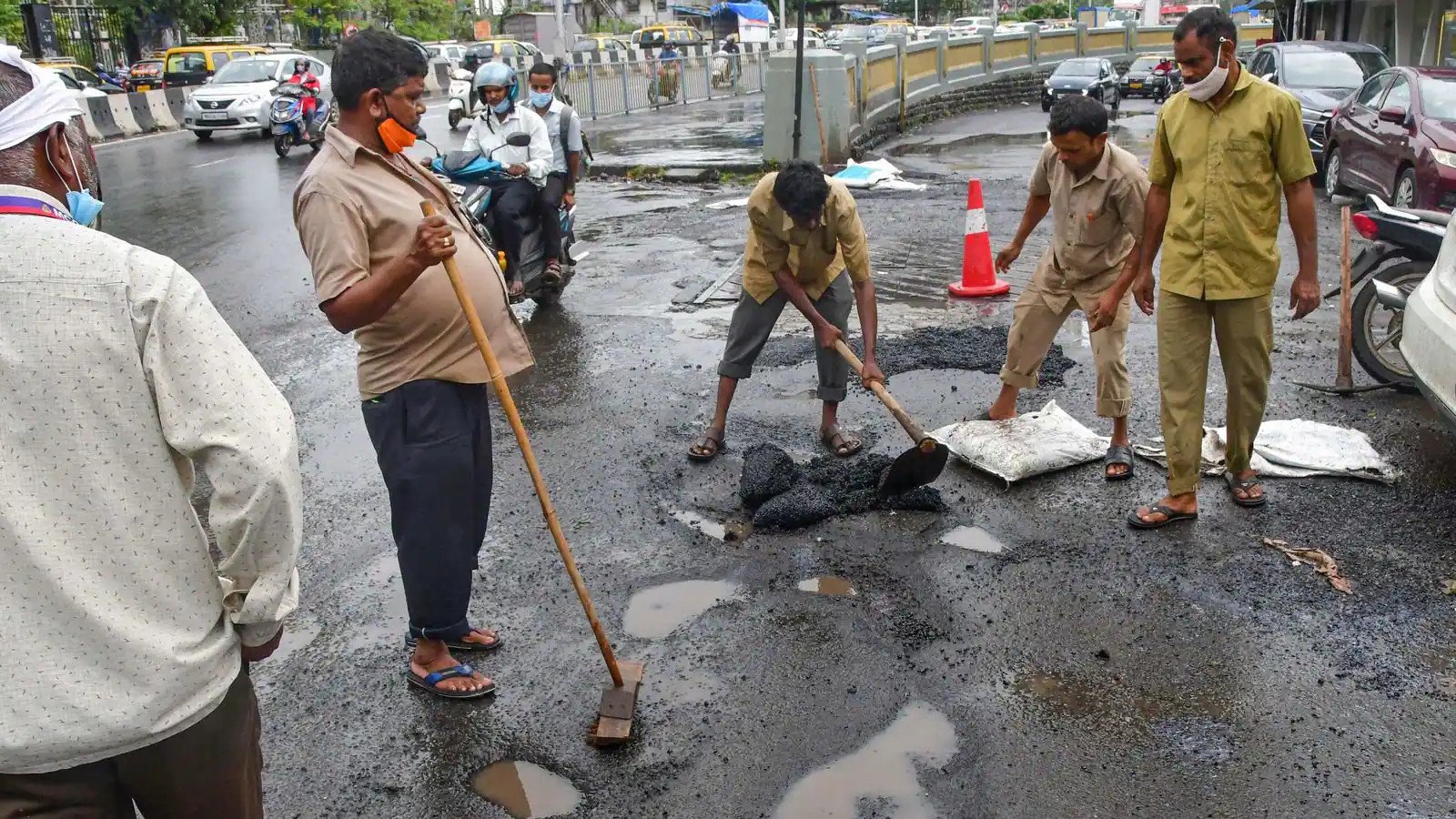 Money invested in beautification instead of improving roads

The civic body is currently renovating the dilapidated place in the city along with the tourist spots. However, the most important problem – potholes – still subsist. Therefore, instead of improving the roads, Mumbaikars are of the opinion that BMC is wasting its human and financial resources on beautification more than improving roads.

The Road and Traffic department by Cement Concrete roads and new bridges has planned to improve the ‘Ease of Commute’ within the city. The BMC has been working on a high number of infrastructure projects like never before. The Capital expenditure on these infrastructure works is close to ₹16,800 crores in 2021-22, which is almost double of what was spent on infrastructure three years ago in a year.

This year, in the Budget Session 2022, the Brihanmumbai Municipal Corporation (BMC) has allocated INR 3200 crores to ambitious Coastal Road, and INR 2200 crores to roads and traffic operations. Meanwhile, a total of INR 22,647 crores has been allocated as capital expenditure for spending on projects dealing with infrastructure, drainage systems and water supply. 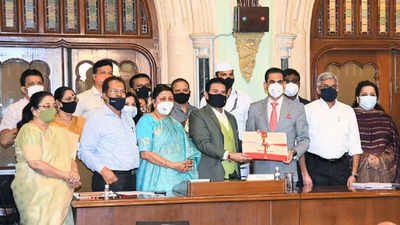 When will Mumbai be a pothole-free City?

Reports claimed that 51,691 potholes have been filled so far since April 2021. Along with this, a special operation was conducted to reduce the number of potholes caused by incessant rains. After which, the civic body reported that 7,594 potholes were filled in 15 days.

Therefore, the question arises in front of Mumbaikars is when will Mumbai become a pothole-free city?

Diagnosing Dengue In Times Of COVID-19: A Doctor’s Guide

Attention! Mumbaikars to get another viewing deck in SoBo soon